For those who have been in Kano, can you report on the underground dwelling places of the good people of Kano?  Or perhaps the city is organized into highrise buildings?  I ask these stupid questions because of the stupider fact that according to official records repeated everywhere from wikipedia to a website of professional urban planners (I won’t be asking their services, thank you very much), Kano and Lagos states are in a dead heat for greatest population in Nigeria.

Hmm. An eagle flew over the country and said no freaking way. 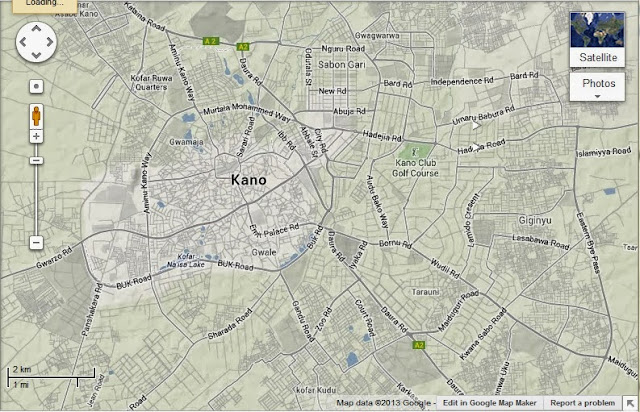 The satellite image above is the densest of Kano, and contains almost all of the city.  Outside the “city” of Kano shown here, there is no spot of dense population in the state, i.e. you’ll just find one “main street” with no branches/junctions. Let me zoom out and show you: 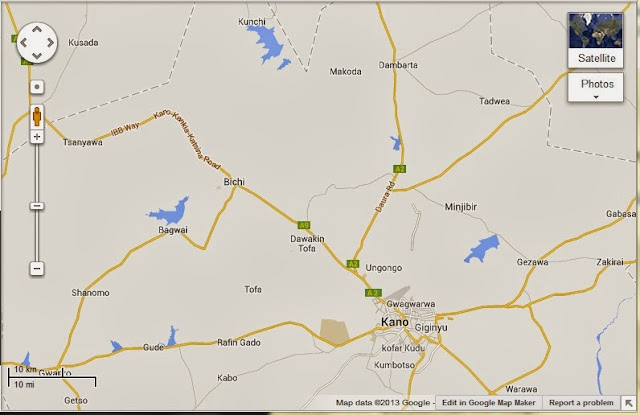 Here’s a photo of the crowded city of Kano that I nabbed from Google Maps.

Now let’s compare with a few other Nigerian cities. 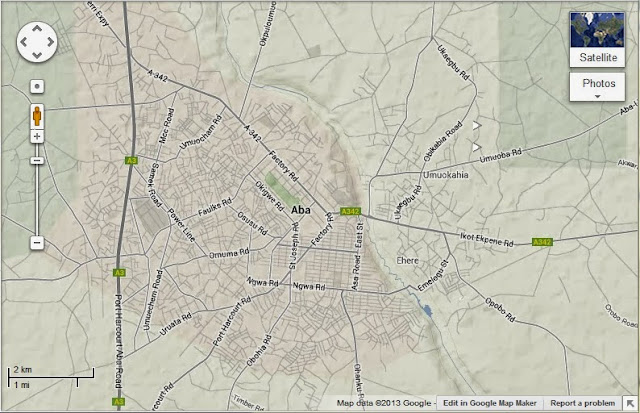 Aba, with its famously dense city center, seems to be close to the same size as Kano, or at least you’ll agree that pop_Aba + pop_Ilorin > pop_Kano.  That’s quiet Ilorin below.  Its population may be close to half that of Kano. 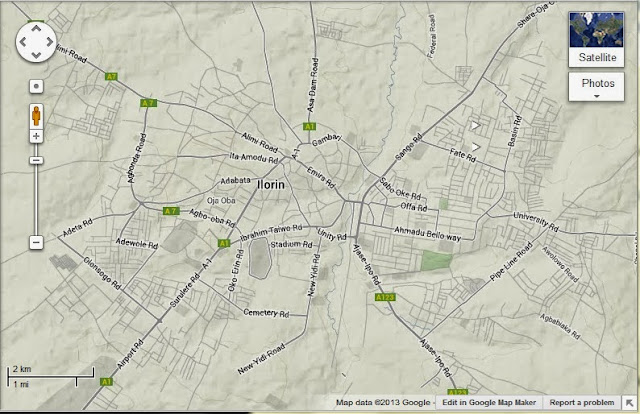 Here is Ibadan, with its famous “brown rusted roofs” – great novel of that title, get it.

When I was a kid (the 1980s), Ibadan was said to be one of the “largest cities in Africa.”  Today, it is far from the largest, but in size and population it certainly dwarfs Kano.  This is nothing to be proud of or ashamed of; it just is so. 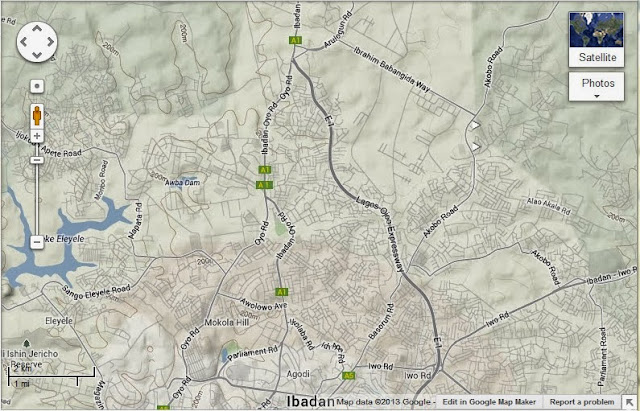 Above is the Northern half and below, the southern half of most of the city of Ibadan. 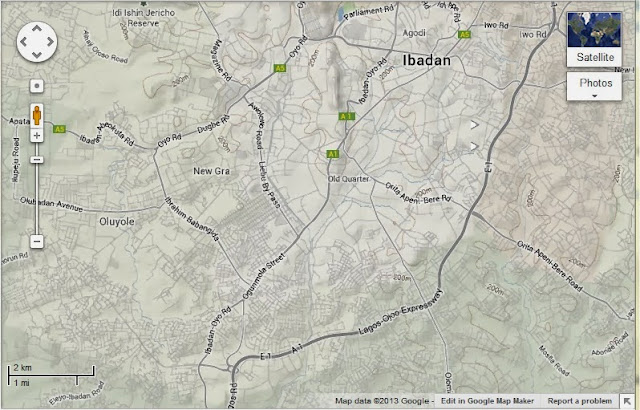 Putting these two maps together, I’ll just go ahead and guess that Ibadan has twice as many people as Kano.  What do you think?

And now for Lagos

Lagos is massive.  Lagos is growing.  Oh Lagos has parts that you never knew were there.  In Ikorodu, there’s practically a brand new city sprouting.  Lekki-Ajah – disgusting how fast the place has become crowded.  Neither of those places made it into the three non-overlapping maps of some of the most densely populated parts of Lagos.  Also doesn’t show West of Festac all the way to Badagry. 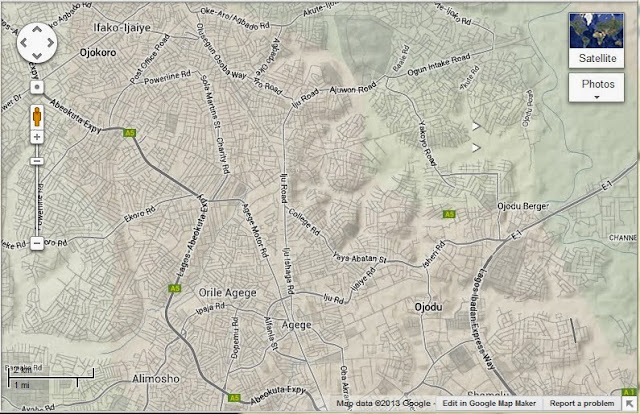 This is some of Lagos north of Ikeja.  Note that all of these maps, from Kano to Lagos, are at the same scale. 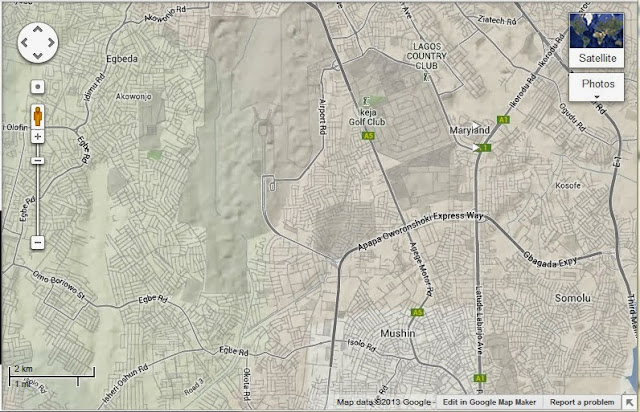 This is Lagos around Ikeja. 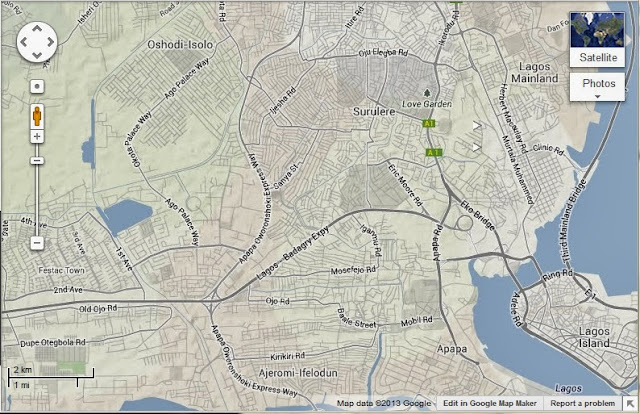 Lagos around Surulere-Apapa-Yaba, south of Ikeja.  On the bottom right is a peek of Lagos Island, but not including Victoria Island, Ikoyi, and all the way to Epe.

I went to school, plenty of school, that’s true.

But what you didn’t also know is that I once won a contest to guess the number of candy pieces in a large (maybe two feet high) bottle.  I won hands down.  I guessed almost to the exact count of like a thousand pieces of candy.  Really, just apply a little geometry and it’s not that hard – area/circumference of a circle, volume of a cylinder and whatnot.  My prize was the candy-filled bottle, which I moved to my dorm room, and then to my friend’s room since I don’t actually eat candy and might have never finished it.  Hi Z.I.!

Here’s hoping somebody does the more detailed estimation before I have to.  There are satellite images that could be used to make very good estimates of the population and settle this needlessly contentious matter of how many people we are in Nigeria and how many in each state/region/so-called geo-political zone.

Until then, this data is thrash.  There is no universe in which Kano has a larger population than Lagos state.

Perform your own investigations (before somebody rigs the satellite images lol) using these interactive maps of Nigeria.

Read a brief history of census attempts in Nigeria

– This Best Outside Opinion was written by Tosin Otitoju